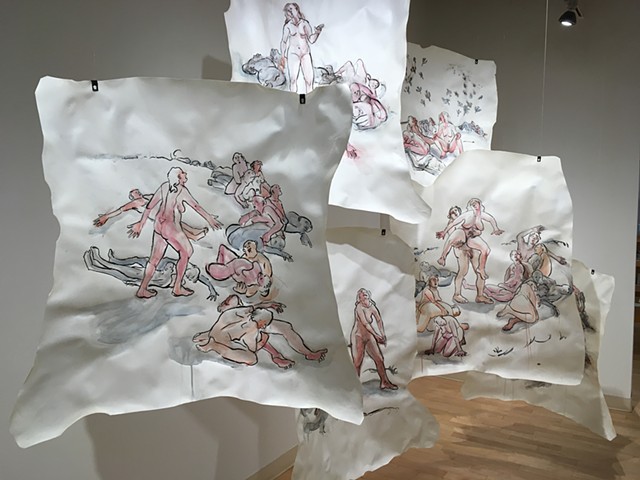 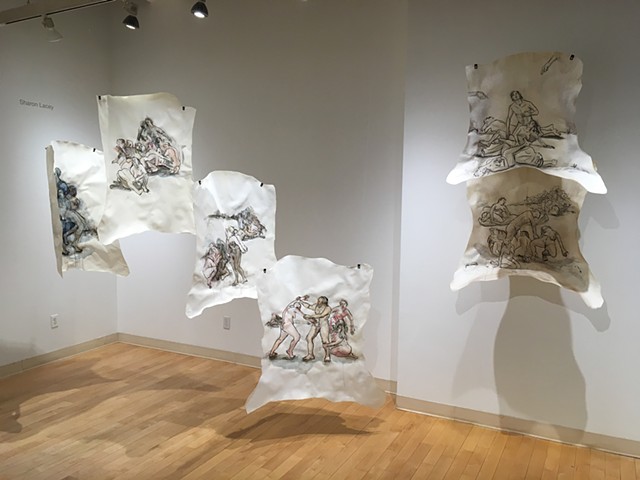 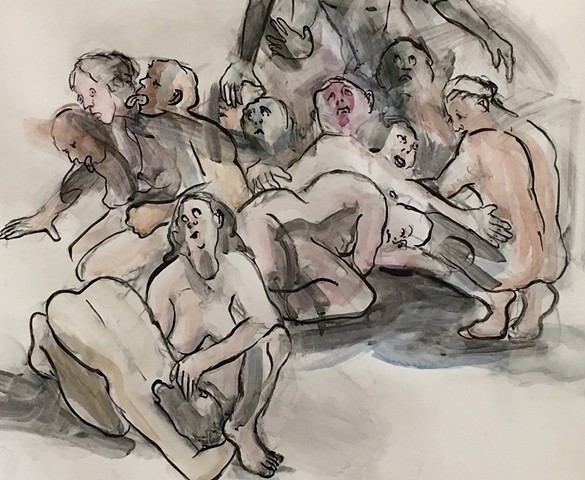 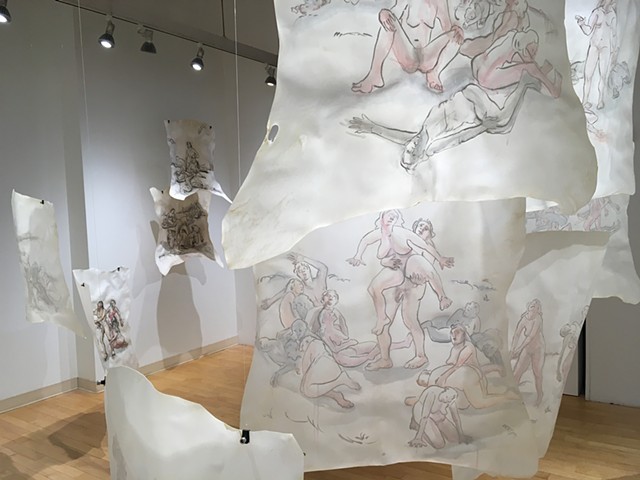 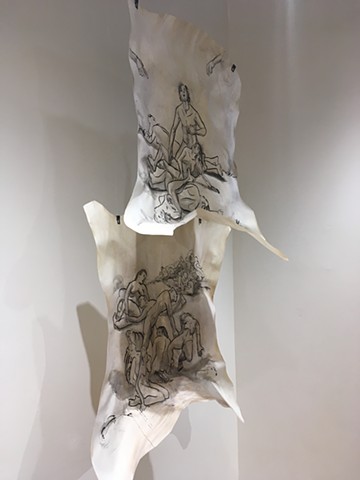 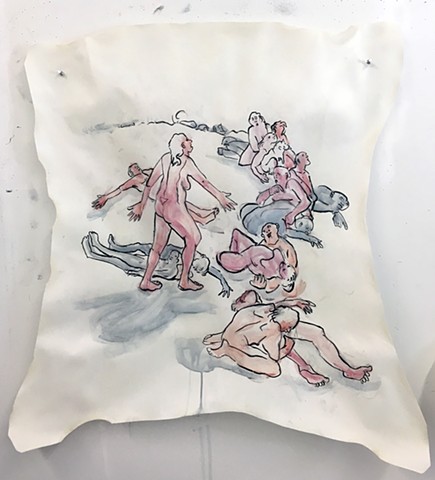 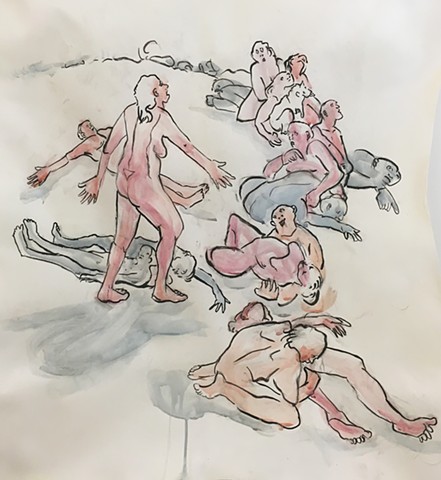 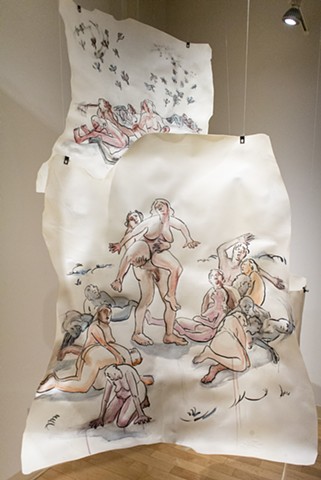 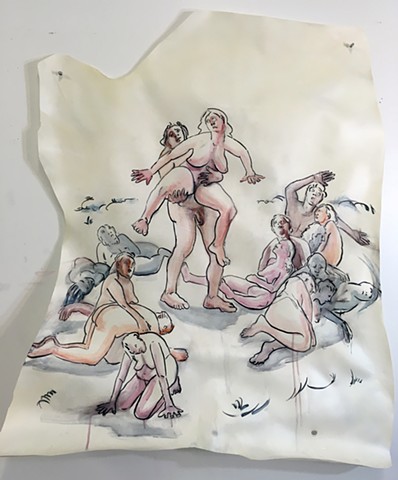 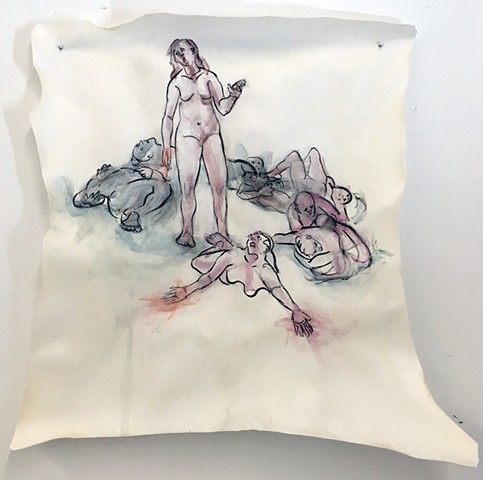 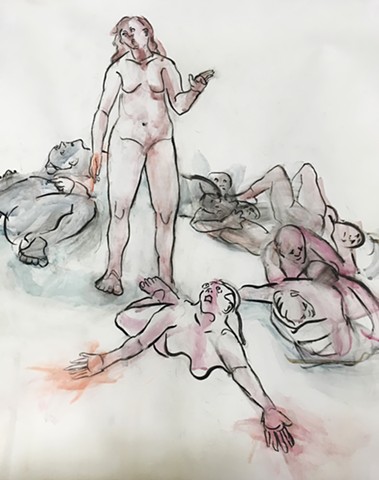 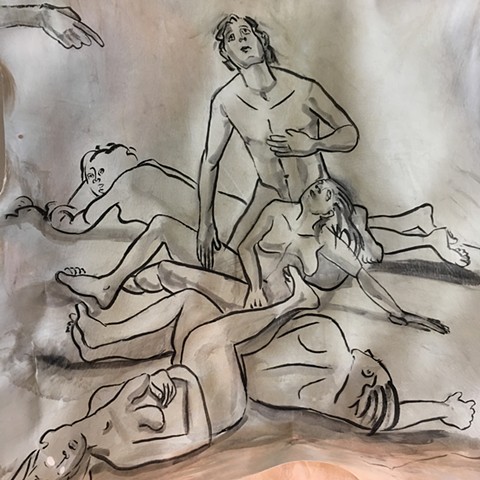 Blameful and Baleful
ink on vellum 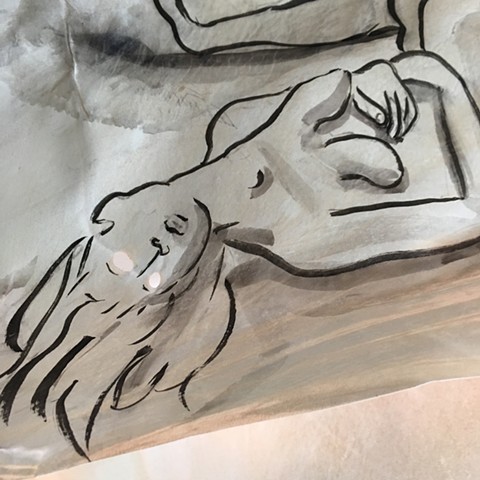 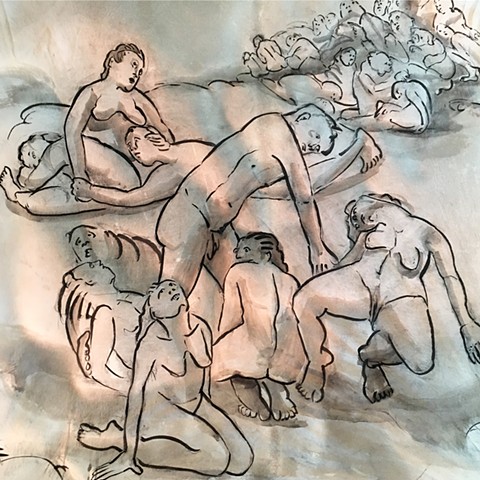 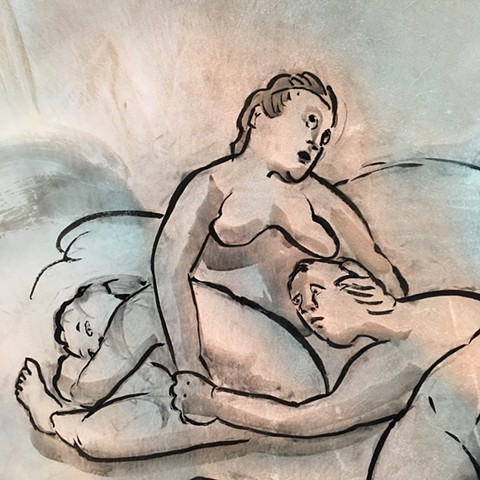 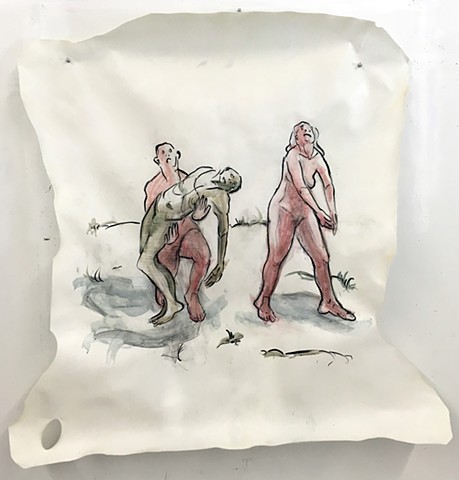 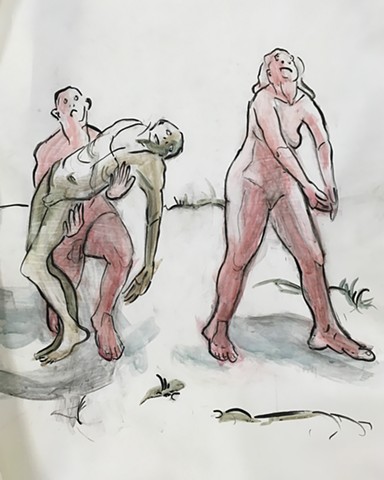 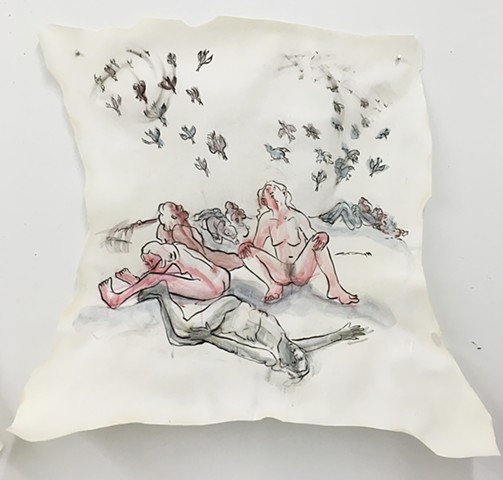 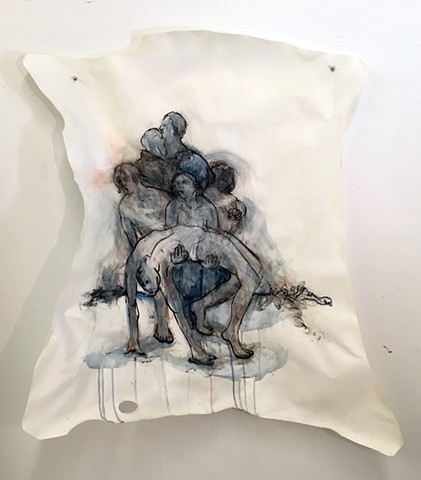 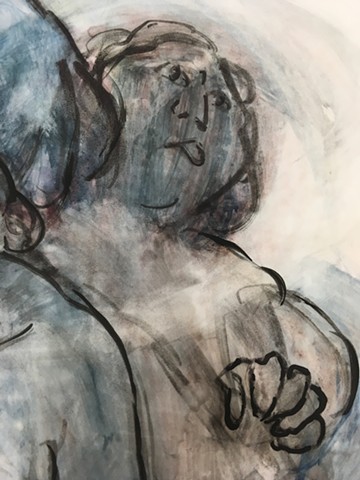 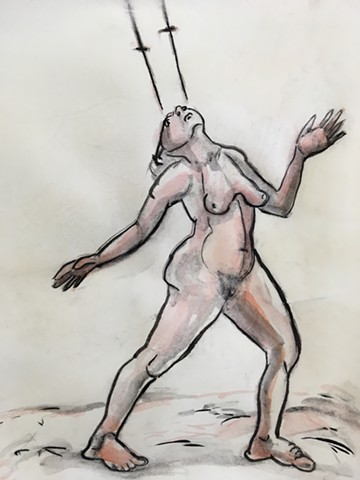 Gazing at Strife
ink and watercolor on vellum 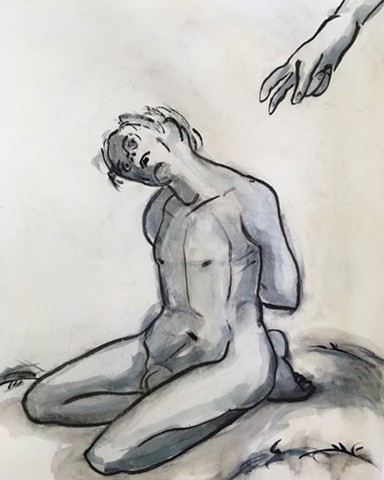 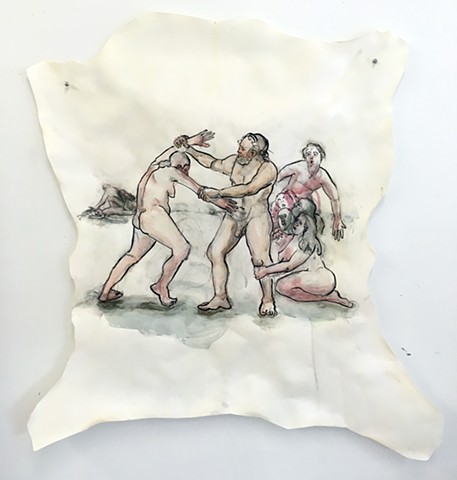 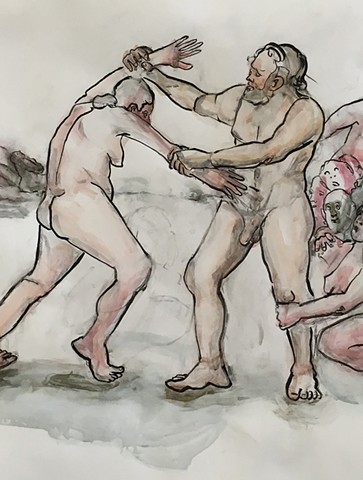 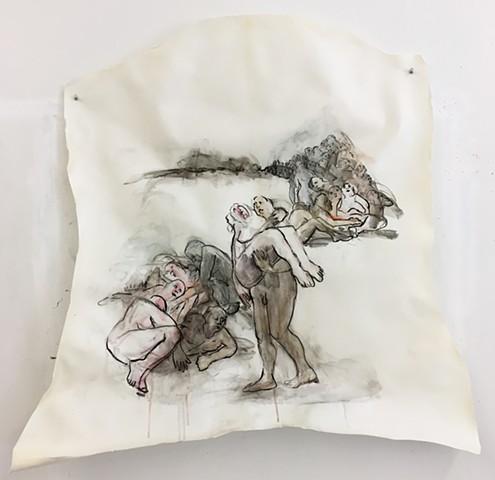 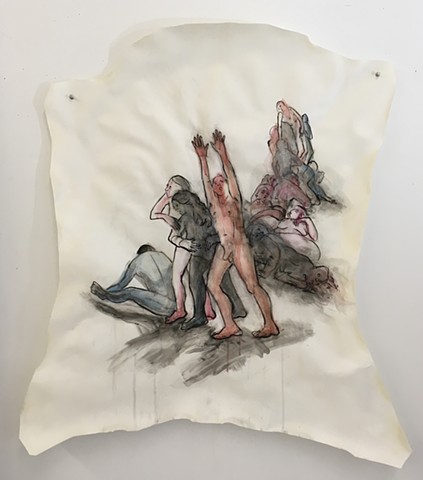 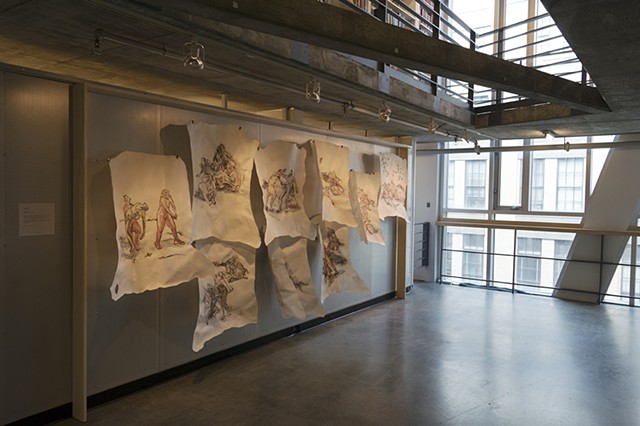 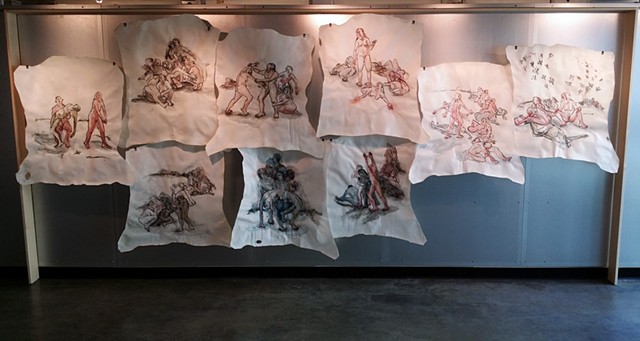 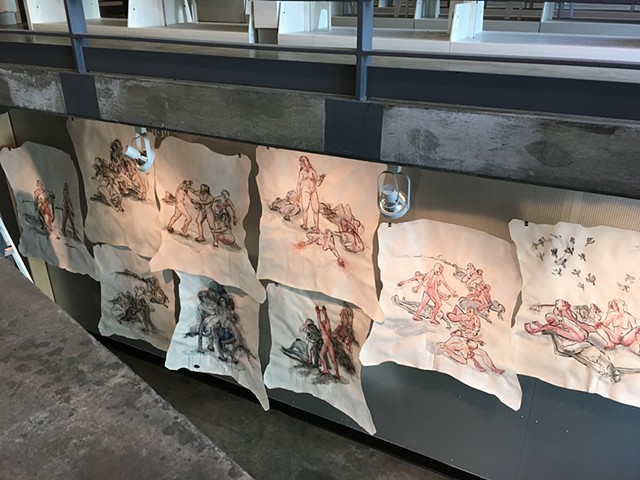 This series, Soul Battles, is loosely based on The Psychomachia, a fourth century text by Prudentius, in which the Virtues and Vices battle over man's soul. These ‘soul battles’ are vividly depicted as nine combats in the medieval tradition. The Psychomachia was often illustrated with 'tinted drawings,' a specific form of manuscript illumination characterized by an inner luminosity, due to the translucency of the calfskin vellum surface and the spare handling of paint.

The medieval image cycle was a point of departure for these ink and watercolor paintings on vellum, rather than a directly copied source. These 'soul battles', like much of my other work, depict human beings engaged in the everyday struggles and torments of embodied existence.

In painting, emotional or metaphysical content necessarily takes plastic form; similarly, medieval writers and artists, through such allegories as the Psychomachia, gave vivid and specific physical form to spiritual attributes.

This project was funded by the MIT Council for the Arts.